Manchester City were keen on signing Jorginho from Napoli, but the midfielder snubbed the Premier League winners in favour of Chelsea.

In the summer of 2018, Pep Guardiola and his side wanted to bolster their midfield. Having identified the 29-year-old as their main target, the Citizens held extensive talks with the Serie A side.

Manchester City’s failure to find an agreement with Napoli allowed the Blues to swoop in and secure Jorginho’s services.

The west London club had then appointed Maurizio Sarri as their manager and the coach played a key role in helping Chelsea beat the Etihad club to the transfer of the Brazil-born Italy international.

France Football have interviewed Jorginho, and he revealed what convinced him to join Chelsea over City. 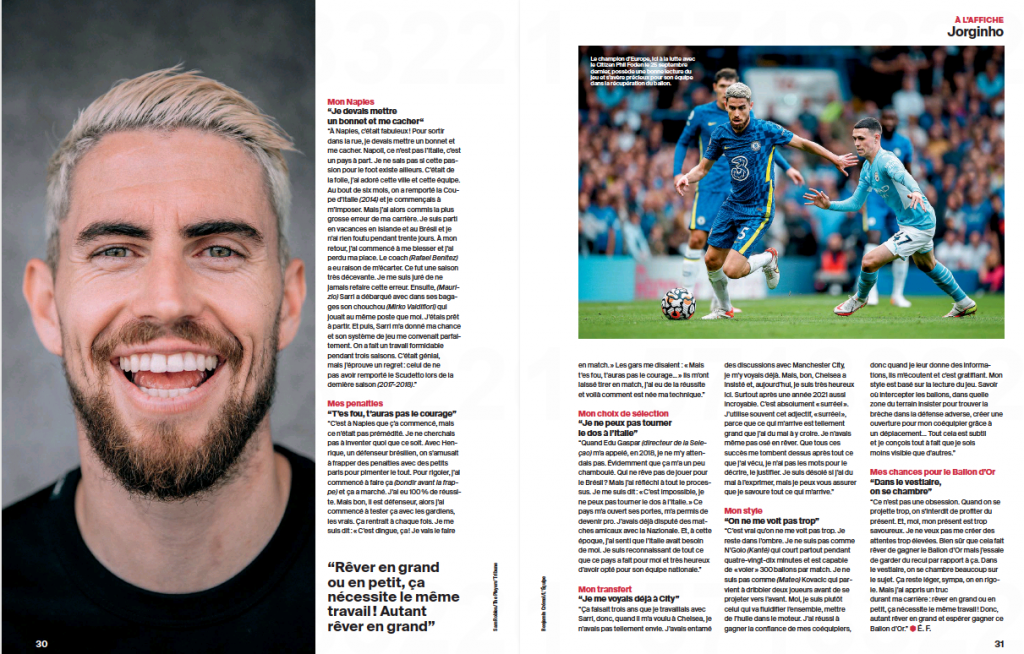 “I had worked with Sarri for three years, so when he wanted me at Chelsea… I had started talks with Manchester City, I could see myself there,” he said.

“But, well, Chelsea insisted, and today I’m very happy here. Especially after such an incredible year in 2021. It’s absolutely “surreal”.

“I often use this adjective, “surreal”, because what happens to me is so great that I find it hard to believe.

“I didn’t even dare dream about it. I don’t have the words to describe it, to justify it. I’m sorry if I’m having trouble expressing it, but I can assure you that I enjoy everything that happens to me.”

Earlier this year, Jorginho won the Champions League with Chelsea, beating Manchester City in the final, and then went on to win the UEFA Super Cup in August. Between these two successes, the midfielder won the Euros with Italy.