On June 9th, Sky Italia reported both Chelsea and Paris Saint-Germain have made offers worth €60m for Achraf Hakimi.

It was also stated the Blues were ready to offer Emerson Palmieri and Andreas Christensen to Inter Milan in exchange for the right-back.

Later that day, Gazzetta dello Sport explained the Serie A winners want ‘only cash’, as much as €75m, or a figure close to it.

FcInterNews also relay Gazzetta’s claim, and explain the Nerazzurri ‘want to cash of at least’ €70-75m from the defender’s sale this summer.

It’s claimed Simone Inzaghi’s new club have rejected PSG’s €60m bid, and that’s the only offer they have received so for the Morocco international.

Regarding the west London club, the website states Chelsea have a ‘concrete interest’ in the 22-year-old, but they have ‘not yet taken official steps’ to sign him.

Thomas Tuchel’s side have held talks with the agent for the former Real Madrid man and during the conversations with Camano, the European champions ‘asked about’ Martínez.

Camano has stated the €90m price tag for the Argentina international is ‘exaggerated’, but despite his admission, the report states Inter’s asking price for Martínez still stands at €90m and there hasn’t been any changes to it. 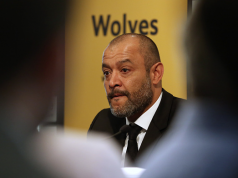 Manager now in ‘advanced talks’ with Tottenham – ‘Very close’ to...

Club ‘about to close deal’ to sign Wolves player – For...