It seems the furore caused by Sky Sports’ reports that Celtic could be willing to sell Moussa Dembélé for £20m after reports of talks with Marseille being held on Monday was all for nothing.

At least, that’s what RMC Sport in France are reporting on Wednesday, explaining the French striker isn’t interested in returning to France anytime soon.

The French media outlet confirm Sky Sports’ claims that discussions were held between Celtic and Marseille regarding the 21-year-old, and his entourage were willing to listen to what the Ligue 1 club had to say, but ultimately the decision is the player’s.

RMC Sport state that were Dembélé to leave Celtic Park this summer, it would only be to continue his career in either England or Germany.

Within the club, Brendan Rodgers knows his star striker wants to leave, and, even if he is doing his best to keep him, would not stand in his way if an ‘interesting offer’ were to land on Celtic’s desk.

However, that hasn’t happened yet, despite some clubs, *cough* Everton *cough*, needing a striker this summer. 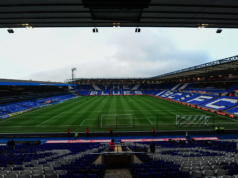