It seems that Fabio Sturgeon’s move to Celtic is growing in the Portuguese media, despite denials from Celtic to their local media.

On Wednesday, Portuguese newspaper Record claimed Brendan Rodgers’ club had opened talks for the midfielder, and Belenenses would start negotiating from €800k.

Now according to the same outlet, Celtic have made an official bid of exactly €800k, and the transfer seems pretty close.

The only thing that is stopping Belenenses from selling is that they want a replacement in January. So before letting Sturgeon go to Celtic Park, they will need to find a good winger who can also do a reasonable job as an advanced midfielder.

e’ll not be renewing his contract, so the Portuguese club are aware that Celtic interest is one of the last chances to make some money before he leaves.

The player is an old wish of Brendan Rodgers, who already considered taking him to Liverpool back in 2013.

Record claims that after the developments over the past few hours, Sturgeon’s departure to Celtic is ‘almost certain’.

Now, it could all be true, but it’s worth reading what we said yesterday when covering Record’s original claims:

‘It must be noted that when A Bola originally reported Celtic scouting Belenenses, they didn’t mention any target. Reports in the Scottish media which said A Bola, or ‘the Portuguese media’, linked Sturgeon to Celtic earlier this week are wrong, they did not.

A couple of days ago we speculated that Sturgeon could be Celtic’s target, given that Rodgers has previously been linked, but made it very clear it was ‘could’ and not ‘is’.

It’s either coincidence that Record are now reporting Celtic opening talks, or they’ve been inspired by Scottish reports. The Portuguese press love a transfer rumour and are able to build quite convincing stories on very little, so the latter option is quite possible.’ 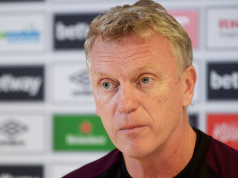 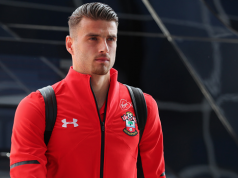