Djibril Sidibe moved to Everton on loan in August 2019, with AS Monaco prepared to let their player go out on a temporary basis.

He made 28 appearances for the Toffees at right back, adding five assists along the way. It was widely thought that a longer term stay at Goodison Park would be on the cards, and Sidibe’s desire to stay in the Premier League benefitted that.

In an interview with L’Equipe, the Frenchman has explained that Everton made an effort to keep him with the club, yet they weren’t able to agree a deal with the Ligue 1 side.

The French newspaper quote him as saying: “My first wish was to continue in the Premier League. When you play at Anfield or Old Trafford, you see the fans, the structures, that’s the best for a football fan. And Carlo Ancelotti wanted me to stay. The clubs didn’t agree, I returned to Monaco where the manager immediately said: “I’m counting on him.” But you had to be realistic, ASM was coming from two very complicated seasons. With the coach, it was not: “Djib, we will come first.” It was: “The team is here in training; the players have a certain level; push them so that it is top top top. ” He gave me this role with the young people. It’s okay, they’re listening to me…” 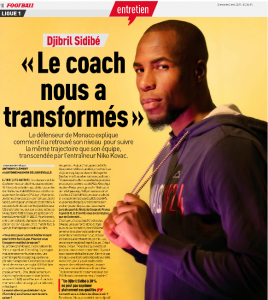 So far this season, Sidibe has played 29 matches for AS Monaco, a regular for the club under manager Nico Kovac.

His contract with them expires in June 2022, so Everton would likely be able to get the 28-year-old for a reasonable price this summer, should Ancelotti still be keen on a deal.

Monaco are currently third in Ligue 1, with Everton eighth in the Premier League.