Barcelona turned down an opportunity to sign Mohamed Salah before he joined Liverpool, according to ElNacional.

The Reds took the forward from AS Roma in June 2017 and he’s been instrumental in helping Liverpool win the Champions League and the title in recent years.

During the same summer, the La Liga side earned €222m from Neymar’s sale to Paris Saint-Germain.

The Brazilian moved to PSG in the first week of August 2017 and later that month, Barca invested in excess of €100m on Ousmane Dembélé. The Frenchman has struggled with fitness concerns and is currently sidelined with an injury.

It’s claimed the Catalan club said ‘no’ to two players that summer. Those are Salah and Kylian Mbappé, who left AS Monaco for PSG in 2017.

Monchi was then the sporting director of the Serie A side. As per the report, the current Sevilla chief offered he Egypt international to Barcelona for €40m. He wanted to get rid of the former Chelsea man, which is why Monchi was looking for a new club for Salah.

Josep Maria Bartomeu was then the president at the Camp Nou. He rejected a chance to sign Salah and ‘preferred to spend the millions he had from the Neymar’s clause on Dembélé’. This has left Barcelona ‘ashamed’.

With the report insinuating Bartomeu wasted Neymar’s money on the Frenchman, it’s not possible for Monchi to have offered Salah to Barca after Neymar’s exit. That’s because Salah had already completed a move to Anfield in June 2017, more than a month before Neymar had left Barcelona. 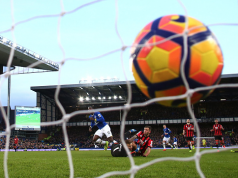