Daniel Sturridge may be set to leave Trabzonspor at the end of the season, and Aston Villa are ‘checking’ on him in case he does.

The striker joined the Turkish side in the summer transfer window after seeing his contract at Liverpool come to an end.

They had hoped he would be a major success and be the driving force in a title bid, but instead, according to Taka Gazete, he has proven to be somewhat disappointing.

They report that Sturridge, who has seven goals and four assists in 16 games this season, has started to test the patience of Trabzonspor, mainly as he cannot ‘train regularly’.

Trabzonspor are now assessing whether to keep the 30-year-old, who has so far ‘not paid back the money he’s received.’.

Coach Hüseyin Çimşir will be the one who makes the final decision about Sturridge’s future, with the striker tied to the club until 2021 anyway.

Should they decide to cut their losses and sell, there are ‘some British teams’ keeping an eye on the situation, with Aston Villa specifically named.

They are said to be ‘checking the pulse’ of the situation, which presumably means they are just keeping an eye on the situation to see how it develops.

Much, though, is likely to rest on whether Aston Villa can stay in the Premier League this season.

Dean Smith’s side are currently just a point outside the relegation zone and should they fail to stay up it’s would be hard to see them forking out either the transfer fee or wages it would take to sign Sturridge after dropping into the Championship. 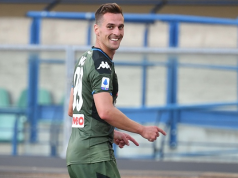