Arsenal opened the door for Martin Ødegaard in the winter market, who was in search of regular minutes in the second half of the season.

The Gunners took the midfielder on loan from Real Madrid and have no option to make his stay permanent.

Reports indicated the north London want to keep the 22-year-old beyond his loan deal. These claims were backed up by Mikel Arteta, after the manager expressed his desire to retain the Norway international at the Emirates.

Ødegaard’s contract with the La Liga side runs down in 2023 and he’s one of the four players who is ‘non-transferable’ for Los Blancos. That’s according to Marca on Friday.

Real Madrid view the Norwegian, Federico Valverde, Vinícius Júnior and Rodrygo as the players for the future, which is why they will not listen to any offers for them. 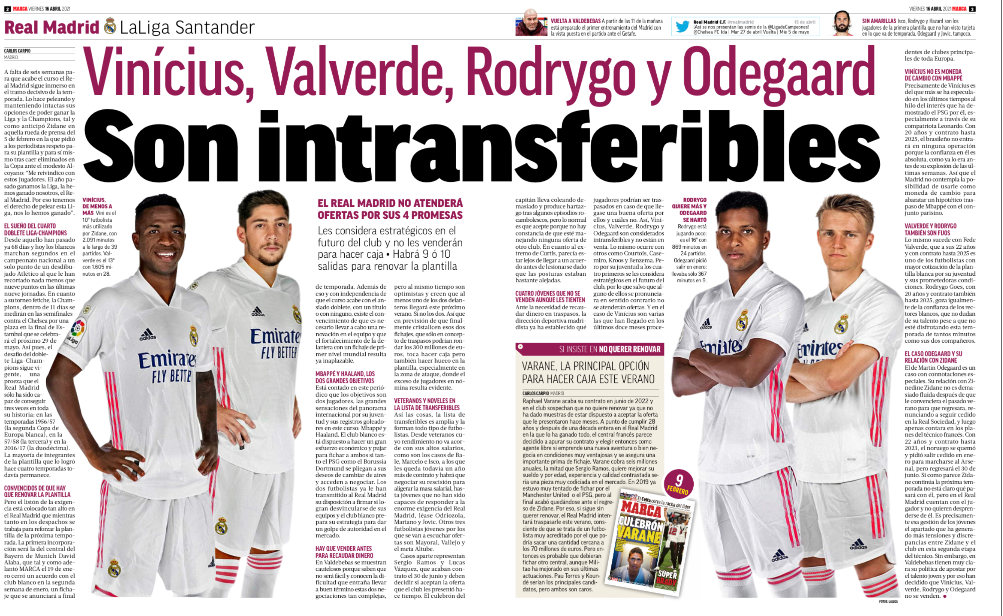 With regards to Ødegaard, the newspaper states his relationship with Zinedine Zidane is ‘not fluid’ because the manager convinced him to return from his loan spell at Real Sociedad last summer and didn’t hand him enough opportunities this term.

It’s not clear what will happen with Zidane’s future beyond this season, but those in charge at Real Madrid don’t want to part ways with the player currently by Arsenal.

Real Madrid’s management are clear of their policy of betting on young talents, which is why Ødegaard, Valverde, Vinícius and Rodrygo are ‘not for sale’.

The stance taken by the leaders of the 13-time Europen champions will dash Arsenal’s hope of buying Ødegaard.

In the event Zidane stays and then decides not to use the midfielder for the next season, Arteta’s side could then make an attempt to bring Ødegaard back on another loan deal in the summer.