RB Leipzig defender Dayot Upamecano has made it clear he wants to leave the club this summer, which will come as positive news for Arsenal.

The Gunners have long been linked with the 21-year-old centre back, with rumours last summer they had made a €60m bid for his services.

He has continued to shine in the Bundesliga this season, continuing to be a vital cog in Julien Nagelsmann’s side.

That has meant rumours about his future have continued to circle, particular as his contract with the German side expires in 2021 and he is yet to sign a new deal.

They are now likely to intensify, with SportBILD reporting that Upamecano has told Leipzig he intends to leave in the summer and the pressure is now on the club to find a buyer.

With his contract expiring next summer, this is the last chance Leipzig have to get money for the defender and make a big profit on the £9m they paid Red Bull Salzburg in 2017.

Arsenal are named as one of the clubs interested in him, and it’s stated that he can leave for €60m, which is the release clause in his contract and what the Gunners bid last summer. 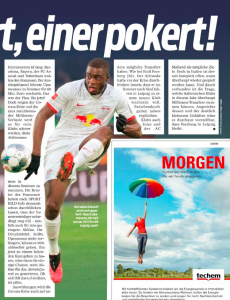 Finding a buyer at that price is likely to be tough, though, with clubs struggling to raise funds as a result of the current Coronavirus outbreak.

It is unclear whether Leipzig will lower their demands but, Arsenal may do well to hold their horses and play the long game.

Leipzig have to sell this summer to ensure they don’t lose Upamecano on a free, and if the Gunners are patient, they may get one of their long-time targets for a much more agreeable fee.