Home Premier League Arsenal Arsenal player ‘would come running’ to another club in a heartbeat –...
SHARE

With the Granit Xhaka deal seemingly heading in the right direction following a new reported offer from AS Roma on Thursday, the Gunners can now focus on Hector Bellerin.

The Spaniard has made it fairly clear he wants to leave the Emirates this summer, with Inter waiting in Italy to welcome him, but the London club are being firm in their stance that if he leaves, it’s either on a permanent transfer or a loan with a compulsory option to buy.

The Serie A side aren’t overly keen on either of those as they are short on funds despite selling Achraf Hakimi to Paris Saint-Germain for over €60m, and so a new game of chicken begins.

Gazzetta dello Sport explain that despite the fact Bellerin ‘would come running to Milan’, telling Arsenal as much in person, he still needs the ‘ok’ from the Gunners. 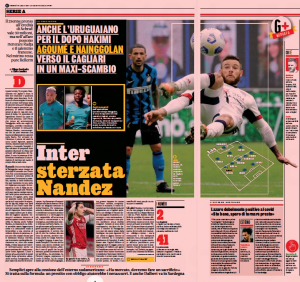 However, that isn’t coming, and ‘the feeling is we will have to wait’.

Gazzetta state that, ‘with the right dose of patience in this asphyxiated market, new doors could open for the post-Hakimi’.

Whether it’s one at Arsenal or Chelsea, where Davide Zappacosta is waiting for a phone call from someone, remains to be seen, but this whole debacle is far, far from over, it seems.