Arsenal have been in contact with Borussia Dortmund defender Manuel Akanji ahead of a potential move this summer.

Fussballtransfers report that the Gunners were keen on the 24-year-old last summer and held ‘concrete talks’, but a move became impossible when Paris Saint Germain signed teammate Abdou Diallo.

He ended up staying at Dortmund and has become a favourite under Lucien Favre, but according to FT, a departure is not off the table.

If any club were willing to offer €23-30m, Dortmund would be ready to talk, and director Michael Zorc is hoping ‘the English market’ will be where he can find a buyer for the defender.

Arsenal are likely to be at the top of the list having tried last year and after they ‘sought contact’ with the player in January with a view to a move this summer.

He’s still ‘on the table’ for the club, and another move from them is ‘conceivable’ as far as FT’s sources are concerned.

Whether Arsenal would be able to pay Dortmund’s asking price is debatable, though.

Its been well established that their finances are likely to be limited this summer and €30m is a high price to pay unless they are planning on several departures. 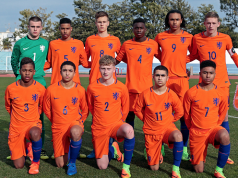