Max Meyer has been linked with a move to Tottenham for years, with Schalke at times considering cashing in on the player as they struggled to get the best out of him.

Back in December 2016 we put together an article on some of those Tottenham links which already went back some way.

Rumours Tottenham could sign the player continued throughout 2017 and it’s a surprise SportBild don’t link Spurs in their look at the player’s situation this week. In the German magazine’s current edition there’s a feature on potential summer transfers, and Meyer is linked to Arsenal.

Arsene Wenger is said to have had the player watched recently, and Barcelona are named with Arsenal as another side considering the signing.

Meyer’s contract runs out in the summer, meaning he could be a bargain for any club picking him up on a free transfer. 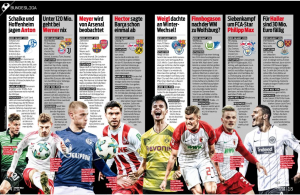 Schalke are now working hard to get a renewal but, although Meyer feels a lot for the club, it could be difficult because of all that’s gone before.

It’s a surprise if Tottenham have carried interest for a while that they’d then drop that when a free transfer appears on the horizon, perhaps the Arsenal links can motivate it again. 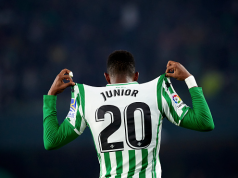