You might have heard on the grapevine that Granit Xhaka is currently at the centre of a game of chicken between Arsenal and AS Roma.

The details have been rehashed a number of times, but the bottom line is the Italians have offered €15m, while the Gunners want €20m for their Swiss midfielder.

This has been ongoing since before the start of the Euros, but the player’s performances during the competition only helped Arsenal strengthen their stance, as he excelled for his country, seeing off France in the process.

Still, despite all the hold ups, Roma aren’t ready to give up just yet, with Il Tempo claiming ‘this is the time to push for Xhaka’. 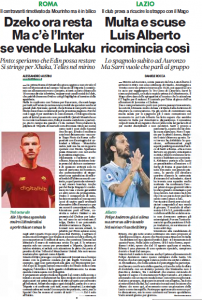 With that in mind, they write ‘another offer is expected’, this time of a bit over €15m, that would ‘convince Arsenal to lower the wall of resistance erected until now’.

As for Xhaka, he’s ‘only waiting for a nod’ to jump on a plane and head to Rome, where medicals and such would be awaiting him in a heartbeat.