Earlier today we brought you an update on Andre Gomes’ protracted move to Everton.

As far as everyone is concerned, the deal is there to be completed. Everton and Barcelona have agreed a fee and Gomes wants to return to Goodison Park permanently.

Marca explained that Barcelona wanted the deal completed ASAP as they’re in a race against time. They need to make €70m by June 30th to avoid posting losses in this financial year.

Gomes represents a smooth sale and getting the deal done is a priority. So, with that in mind, it’s a little odd that it hasn’t been announced by now.

After all, Everton had Gomes this season so there shouldn’t be any medical issues and you don’t need official photos to announce a deal. Borussia Dortmund and Manchester United have proved that with their signings of Mats Hummels and Daniel James.

So what exactly is the hold-up? Nobody seems to know, although Ara.cat suggest it isn’t Barcelona holding proceedings up.

They report Barca’s management had hoped to have the deal all tied up last week but were unsuccessful in their attempts to do so. That points the finger firmly at Everton and makes it seem like it’s them holding things up.

But why the Toffees would do that is anyone’s guess. Gomes represents a significant capture for them, so holding things off makes little sense. Likewise, they’ve got other business to be getting on with this summer and need to move on to other targets.

Perhaps there’s more to this than meets the eye but, for the moment at least, Ara.cat are putting any delay on Everton.

There’s a possibility that given the relationship between the two clubs, Barca have tried to sell another player to Everton before the 30th, that would also explain a delay. 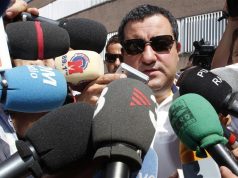 “We’ll talk with Manchester United” – Agent says possibility of client leaving ‘is there’, depends on other club