While we doubt that Premier League clubs will be making any big signings before the end of the current campaign, managers can still think about who they want next season.

Few appear to be doing that as much as Carlo Ancelotti these days, as Everton continue to be one of the more mentioned club in the Italian newspaper columns due to the 60-year-old’s ties to his home country.

Among the many names being sent to Goodison Park on, for the time being, hypothetical transfers is Adrien Rabiot, whom the manager worked with at Paris Saint-Germain.

Tuttosport look at the Frenchman’s situation on Tuesday, explaining Ancelotti is ‘insisting’ for the midfielder ahead of the upcoming campaign.

They describe him as the ‘only manager to have built a relationship’ with Rabiot during the player’s career, and he would ‘want him back at his service in the adventure with Liverpool’s Blues’. 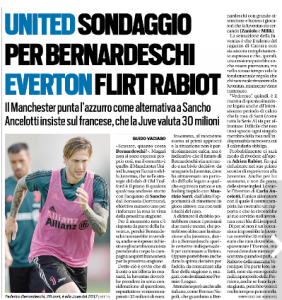 As things stand, no actual offers have arrived for the 25-year-old, and Juventus will want €30m.

That’s an amount that ‘will not scare’ Everton, and there appears to be genuine hope the Toffees come forward for Rabiot’s services in the future.

However, that’s unlikely to happen for a while, as all efforts will, for now, be spent on getting players back to full fitness ahead of Project Restart next week. 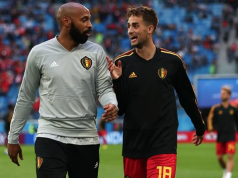