Norway manager Stale Solbakken has insisted it is not his job to keep Watford striker Joshua King happy as he plays a reduced role in the national team.

King has had something of a disappointing few months, with a move to Everton in January seeing him spend most of the second half of last season sat on the bench.

He left Goodison Park on a free transfer in the summer and has since joined newly-promoted Watford, who were keen to add the experienced forward to their attacking options.

So far, King has featured in two games for the Hornets, making a 25-minute cameo in the 2-0 defeat to Brighton and managing 65 minutes in the 1-0 loss at Tottenham.

A result of his reduced role at club level has been King dropping off on the international front, going from a Norway regular to sitting on the bench.

That was recently the case as they took on the Netherlands on Wednesday, with King remaining on the bench and watching Erling Haaland bag another goal.

In fact, King is yet to start a game under Solbakken’s reign, which started in December last year, but the Norway coach is not concerned about the Watford man.

“It is not possible to keep everyone happy. That’s not my job either,” he told Sunnmorsposten.

“Those I think should have an extra explanation or message, they get it. But it’s not my job to keep everyone happy. Absolutely not.

“For everyone who is selected for the national team, there must be a huge motivation at the bottom.

That’s what you can do, and it’s harder for a Joshua to sit on the bench than it is for many others. Especially when there are very few who have many international matches and he has well over 50.

“I had a talk with him the night before the Netherlands match. He was completely calm. But it’s not like he thinks that’s fun.

“But if he had thought that was all right, he probably would not have been here or reached as far as he has done. It is something you have to accept, and you also know that in football it turns quickly.” 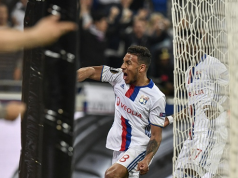