Home Europe 26 year old could be about to leave Manchester United, as Mourinho...
SHARE 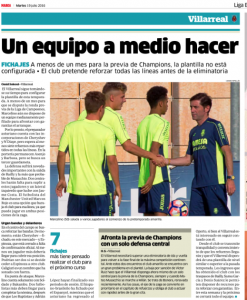 There hasn’t been any big casualties of the Jose Mourinho era at Manchester United. Yet.

Unless the former Chelsea manager wants a big squad, then there surely has to be a few outgoings.

Eric Bailly, Zlatan Ivrahimovic and Henrikh Mkhitaryan have all arrived at the club this summer, and with their squad numbers yet to be announced, they may be waiting for a few vacancies to appear.

Marcos Rojo has been repeatedly linked with a Manchester United exit, almost from his first transfer window spent with the club. 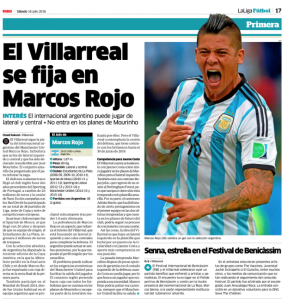 The Argentine defender has been a decent squad player, but Mourinho may well be looking for players of higher quality.

On Tuesday, Spanish newspaper Marca claim that Villarreal could be an option for 26 year old Rojo, and it’s not the first time such a claim has been made.

Manchester United and Villarreal will presumably have good relations built from the Bailly transfer, and so could use them to build a deal for Rojo.