Yunus Malli moved from Mainz to Wolfsburg in the January transfer window, but he’s long been linked with a move outside of the Bundesliga. The 25 year old Turkey international was born in Germany and has at several times in his career attracted attention from overseas.

Speaking to this week’s edition of German magazine SportBild, Malli explained he’s grateful Wolfsburg have given him a chance, because he doesn’t feel he’s yet ready for an huge move.

SportBild put it to Malli that he’s ‘had requests from clubs such as Dortmund, Tottenham or Valencia in recent years’, to which the player replied: “Yes, that’s true. In recent years, clubs from other categories have shown interest. This is not the case now. This shows me that I am still far from such top clubs. Wolfsburg is therefore a great opportunity.” 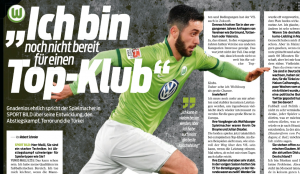 So what of Tottenham interest? The club have been linked at several points over the past few years and so have Southampton, which would lead one to believe Tottenham interest is from Mauricio Pochettino, Paul Mitchell, or one of the scouts Spurs took from the Saints.

As it stands, Mulli needs to really impress for Wolfsburg if he’s to attract the interest of Tottenham again, and that’s something the player has made clear he already knows. 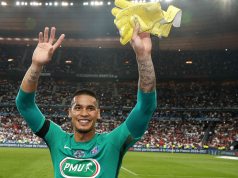 Brighton officials flying to South America to get midfielder – Fee...

Claim Tottenham have been offered potential Lloris successor – Club have...