One of the stories that tried to take off in Italy before performing a near immediate emergency landing was Milan’s supposed interest in Arsenal’s Lucas Torreira.

Signing from Sampdoria last summer, the Uruguayan midfielder enjoyed a strong first season with the Gunners under Unai Emery, and a sale a year later was never on the cards.

That put an end to some early articles speculating the 23-year-old could have a reunion with Marco Giampaolo at San Siro when the former Sampdoria manager takes over in the next few days.

Despite this, Torreira’s agent isn’t exactly helping, speaking to Calciomercato on Tuesday about the alleged interest.

While he explained he knew ‘nothing’ about Milan wanting the midfielder, claiming ‘no one’ had called him, he did state a phone call from Giampaolo would be special for his client, replying “Yes, clearly” when asked about it.

Calciomercato go on to state Torreira’s valuation at the Emirates is around €40m, which seems rather low to us, considering he was signed for £27m twelve months ago and now plays in the Premier League.

The only way Milan could afford him is if they manage to sell Franck Kessie, but no one appears to have come knocking for the Ivorian just yet. 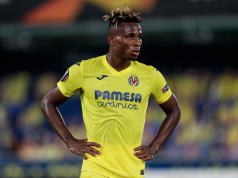 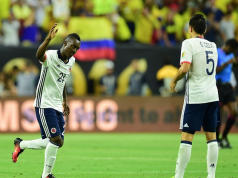 Suggestion Louis-Dreyfus unaware of ‘gravity’ of Sunderland economic situation – No...

Manchester United ‘willing to bid’ for player – Ready to ‘push...

Player keeps ‘dream’ of being able to play for Manchester City...