Home Europe “I cannot be a copy of Marcelo” – Manager explains why he...
SHARE

Leeds United manager Marcelo Bielsa started his coaching career in South America with Newell’s Old Boys. He then went on to manage Atlas, América and Vélez Sarsfield before arriving in Europe in 1998, when Espanyol appointed him as their manager.

The Whites boss then took charge of manage Argentina and Chile, before returning to the continent again in 2007. Javier Torrente was Bielsa’s assistant at Atlas, América, Vélez Sarsfield and Argentina.

Back in September, Beerschot appointed Torrente as their new head coach and offered him a contract until the end of this season.

Since arriving in the Jupiler Pro League, Torrente has helped the Belgian side pick up eight points from their last seven league matches.

Today’s edition of Het Nieuwsblad has a report on the Beerschot manager and part of it is dedicated to Bielsa. Torrente has detailed the impact the current Leeds manager has had on his coaching career. 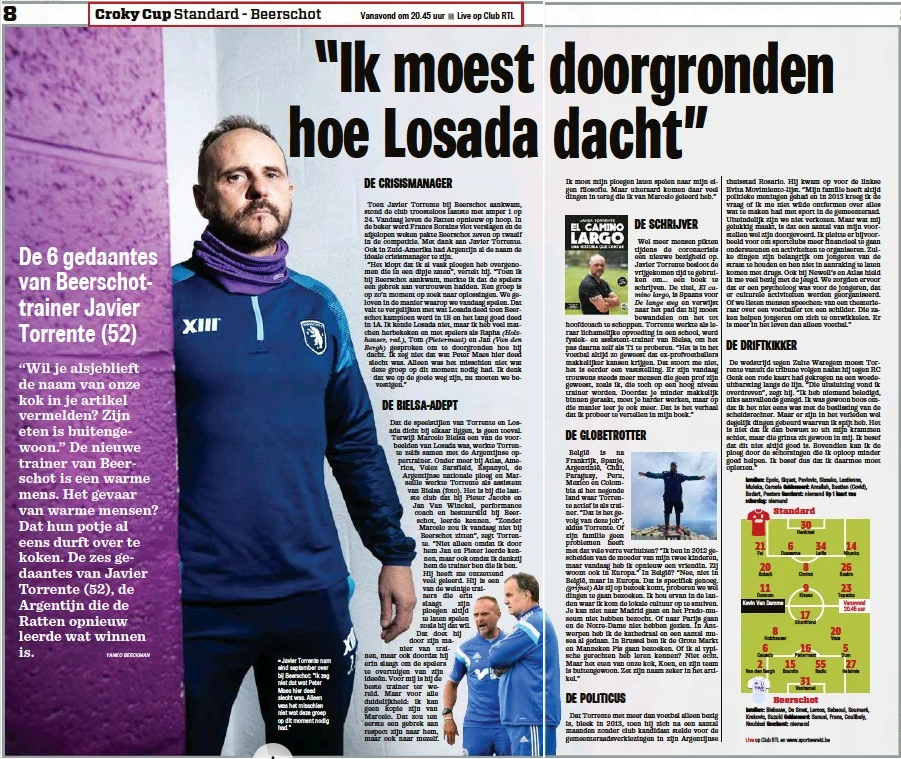 “I wouldn’t be at Beerschot today without Marcelo. Not only because I got to know Jan and Pieter through him, but also because thanks to him I am the trainer that I am,” Torrente said, heaping praise on Bielsa.

“He has taught me a lot. He is one of the few trainers who manages to make his teams always play the way he wants. He does it the way he wants because of his way of training, but also because he manages to convince the players of his ideas. For me he is the best coach in the world.”

Torrente also details why he has no plans to replicate Bielsa’s philosophy.

“But just to be clear: I cannot be a copy of Marcelo. That would be a lack of respect towards him, but also towards myself. I have to let my teams play according to my own philosophy. But of course, there are many things that I learned from Marcelo,” he added.