Wolverhampton Wanderers’ decision to cut Patrick Cutrone’s loan at Fiorentina short wasn’t a football decision, but a business one.

Spending close to £20m on his services from Milan, the Molineux side never managed to get the best out of the Italian, so a move to Florence was organised six months later in hope he could make them most of their money back.

That, however, didn’t work out, as the striker never convinced at Fiorentina, and for fear of seeing him waste more of his time, they decided to bring him back.

It may have looked like the decision had something to do with Raúl Jiménez’s injury, but Wolves’ decision to go after Willian José this week suggests otherwise.

That’s why rumours sending Cutrone back to Italy have resurfaced, starting with Sky Italia on Thursday, who believed Parma were keen. 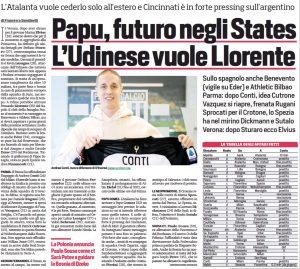 This information has now been backed up by Corriere dello Sport, who explain ‘the candidacy of Patrick Cutrone is strong once again’ following his return from Fiorentina, before adding that ‘as soon as Willian José is made official, the former Milan player could relaunch in Serie A’.

That’s all for now, but fully expect this to pick up pace the minute the Brazilian is seen holding a gold shirt in the coming days.