Wolves have such a strong record of signing players from Portuguese football that they became an adopted club of the country’s sport media even before promotion to the Premier League.

With Nuno Espirito Santo as manager and Jorge Mendes seemingly controlling the transfers, there’s been an awful lot of interest in the club and especially their success from a Portuguese base.

Despite that, Wolves aren’t one of the clubs who scout football in the country often.

Liga NOS teams publish scouting lists which show which officials have been attending matches and searching for transfer targets, and Wolves simply aren’t often there. It would have been thought Mendes sorts that side of things out.

This week has seen something of a change. 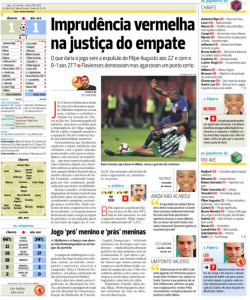 The club had an official at the match between Dinamo Zagreb and Benfica, which the Croatian side, playing at home, won 1-0.

And A Bola say that on Friday evening, a Wolves official was in Portugal to watch the 1-1 draw between Chaves and Rio Ave.

Summer transfer planning is kicking off, and Nuno is sending his spies out.