Despite missing out on Champions League football on the last day of the 2017-18 season, Lazio have made it their summer mission to remain as competitive as possible.

In order to do that, their president, Claudio Lotito, has made it very clear he would not sell any of his players at reduced prices, meaning it’s on his terms or go look elsewhere.

West Ham have already learnt this the hard way during their negotiations for Felipe Anderson, and Wolverhampton Wanderers are in a similar position.

According to Il Messaggero on Tuesday, the recently promoted club have turned their attention to Bastos, one of Lazio’s centre-backs.

The Angola international joined Lazio back in 2016 from Rostov in Russia, and while not a regular first-team player in Rome, the 27-year-old still featured 28 times in all competitions under Simone Inzaghi, scoring five goals along the way. 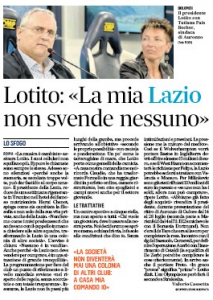 With Nuno Espirito Santo favouring a three at the back formation and Danny Batth potentially heading for a move away from Molineux, the need for options in what could be a tough Premier League season for Wolves could force the Portuguese manager to look at other targets.

However, whether the club are prepared to spend ‘at least’ €15m on another centre-back remains to be seen, especially when they already have Ryan Bennett, the aforementioned Batth, Roderick Miranda and Kortney Hause at the club to make up the third spot next to Willy Boly and Conor Coady.

We’ll keep an eye out for any other updates.