As we’ve covered here many times, when Brazilian footballers attend ESPN’s show Resenha, they don’t really act as if they were in a regular interview.

In a more relaxed chat, they tell funny stories, and don’t mind saying things they wouldn’t say when speaking to the European press.

An episode with Willian has been aired on Sunday, and was probably recorded much earlier, as the player has been in London and even played for Chelsea at the weekend.

One of the questions asked by presenter André Plihal was about Willian’s future at Chelsea, and the player has confirmed he’s going nowhere: “I’m very happy at Chelsea and I intend to stay at the club. I also like to live in London, incredible city, family is also adapted, so I intend to continue at Chelsea.”

Then Willian was asked about the chance to work under Maurizio Sarri, who’s the most attacking manager he’s seen at the club: “I hope he’s not the same as Conte (laughs). I’m joking, I think Conte was a manager, for me, particularly, very difficult to work with. His philosophy, his logistics, to manage there, is very complicated.”

Then he also told some funny stories from José Mourinho’s time at the club.

“Inside the box, that ball that the defender arrives a bit delayed, he touches the ball, the defender touches him, if he falls, penalty. 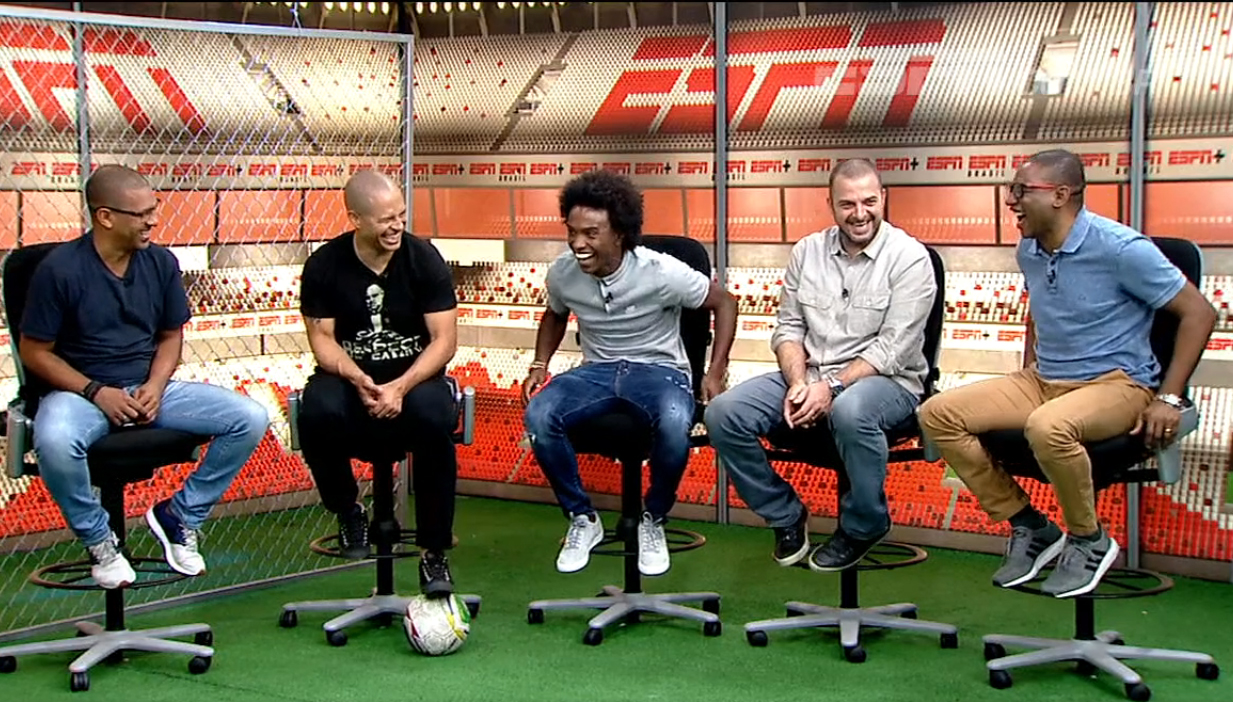 “And in that same game, Falcao came in. Falcao came in, I came in, Ramires came in. We ended up tying this game 2-2. And in a play in a counter-attack, Falcao kind of messed up, made a wrong move. I was not on the bench, but the people on the bench said he said ‘F***, the guy isn’t playing shit and still muddles it!”

Jose Mourinho will surely be thrilled with Willian sharing some of his more sweary Chelsea moments.

Nuno Espirito Santo ‘sends in the wolves’ to secure player –...