Hurrah! RB Leipzig are partially raising the white flag over a move for Everton’s Ademola Lookman.

One of the lesser hyped sagas of the summer transfer window, Leipzig were uber confident to start with and when it became increasingly clear Everton simply wouldn’t go along with the plan, sections of the German media took aim at Goodison Park and fired.

‘Greedy’ Everton were simply being unreasonable.

In the run up to the winter transfer window, it’s absolutely no surprise that the matter has been raised again in the German media.

This week’s edition of SportBild made it clear Lookman’s name can come back to the forefront and there are other mentions in several publications. 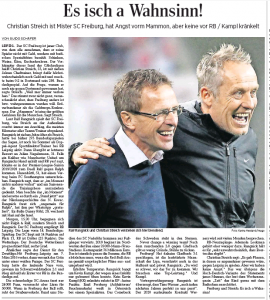 But RB Leipzig transfer guru Ralf Rangnick sounds downcast, quoted by Leipziger Volkszeitung as saying: “It’s very unlikely that Everton will give him away.”

Will this see the rumour never mentioned again and RB Leipzig completely give up hope?

Probably not, but it’s a start.