A lot has been made in the English media about Juventus’ alleged interest in Pep Guardiola to the point where the Spaniard had to outright comment on the rumours, publicly committing his future to Manchester City for next season.

What’s interesting is that, of late, the Italian media haven’t been all that vocal about a move for the former Barcelona manager, with Chelsea’s Maurizio Sarri the likelier candidate to replace Max Allegri in Turin.

Take Thursday, for example, where Gazzetta dello Sport do mention Pep Guardiola, yet it’s only to reiterate the same line as always: he’s a ‘ghost’ for Fabio Paratici, something he can’t have.

There’s no denying that if there was any chance of the Spaniard leaving Manchester City, Juventus would be there in a heartbeat trying to convince him to move to Italy. 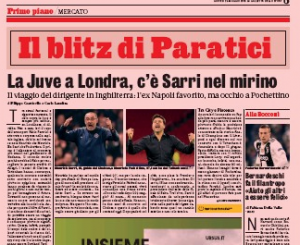 Yes, the Serie A champions want Guardiola, but, then again, people want lots of things.

Personally, we wouldn’t mind a few million pounds in our bank accounts, but we can all dream, can’t we?

Corriere dello Sport report the same, explaining that while Juventus fans want Guardiola, it’s been made very clear he will be staying at Manchester City next season. 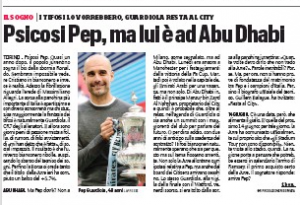 Whatever the English media stay about it being pushed in Italy, it really isn’t.

For now, there’s nothing for City fans to worry about.