It’s not so often that West Ham and Watford have players named in Gazzetta dello Sport’s European Team of the Week, but this week they both get a man in the team.

Liverpool also have a player in there, but then it’s an almost weekly occurrence for Jurgen Klopp’s team.

Each Monday the grand old Italian newspaper pick out a selection of the best performers from around Europe, whilst ignoring their own Serie A.

It’s no surprise to see Lionel Messi in there after his brilliant hat-trick against Real Betis. In the frontline with him are Wout Weghorst, with the Wolfsburg player getting a hat-trick and two assists, and Javier Hernandez. 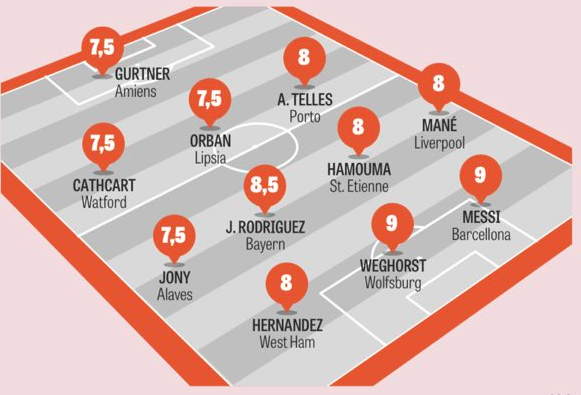 Watford’s Craig Cathcart is deemed worthy of inclusion after a good FA Cup performance against Crystal Palace, which saw him pick up an assist.

For Liverpool, it’s the in-form Sadio Mane with who takes a place. His goal and assist for the Reds against Fulham were crucial in the 2-1 victory.