Home Europe West Ham ‘waiting’ for club to give them answer over latest bid,...
SHARE

If Il Tempo on Thursday are to be believed, then the delay in the Felipe Anderson to West Ham deal isn’t the Hammers’ fault.

According to the Italian newspaper, David Gold and co.’s latest offer for the Brazilian forward was €35m + €3m in bonuses with a promise of handing Lazio 10% of any future sale.

While that still hasn’t met the Serie A side’s valuation of €40m, it has made Claudio Lotito think twice about rejecting it, as West Ham are still waiting for an answer from the Rome based club.

What seemed to be a rather straightforward deal early on has become a fully fledged saga considering how long it’s gone on for. 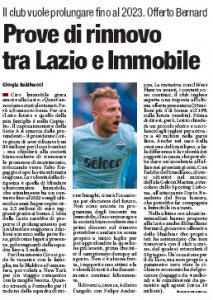 Not a lot has actually happened, with the delay seemingly caused by the haggling between the two sides, as West Ham appear intent to get Anderson for less than €40m, just to prove a point.

Having already signed Issa Diop from Toulouse for a club record fee, Lukasz Fabianski from Swansea and Ryan Fredericks from Fulham, the Lazio forward would be their fourth signing of the summer.

As for Lazio, they are already thinking beyond Felipe Anderson, looking at a number of targets, including former Sporting CP winger Gelson Martins and soon-to-be free agent Bernard, currently still contracted to Shakhtar Donetsk.