Said to be extremely close to a loan deal to Stade Rennais in Ligue 1, Martin Ødegaard still hasn’t completed his move to France, allowing other clubs to retain some hope.

The 17 year old Norwegian talent moved very early to Real Madrid where he has failed to establish himself in the first-team yet, blocked by the likes of James, Gareth Bale and Isco.

Staying in Castilla isn’t exactly a viable development option for the youngster, meaning a loan away could get him the first-team experience he so dearly needs, and AS in Spain suggest West Ham could still be an option. 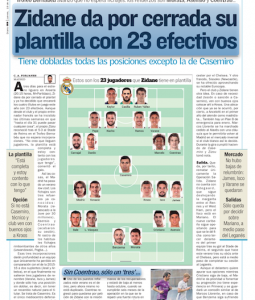 The Spanish newspaper say it’s clear the Norway international will be leaving Real Madrid on a temporary basis this season, as he doesn’t feature in Zinedine Zidane’s plans, and both Rennes and the Hammers are the mentioned club.

A move to West Ham wouldn’t guarantee game time, but it might help him experience something a bit more physical than La Liga’s lower leagues, while a move to France would certainly help him get time on the pitch.

There are pros to each one, but unless West Ham can guarantee him a spot or negotiate a permanent transfer following the loan, it wouldn’t make much sense.

Maybe they’re just excited about young Norwegians after the impact Martin Samuelsen had at Peterborough during his loan spell last season?

The West Ham youngster did, after all, get his skill against West Brom, dubbed the ‘Fake Pass Exit’, immortalised after it was added to FIFA 17.