Once very close to signing for Crystal Palace before seriously injuring himself, Christian Kouamé might have a second chance to play in the Premier League.

That’s because, according to Corriere dello Sport, West Ham United are interested in the Ivory Coast international, who was sent on loan to Anderlecht during the past season.

Under the watchful eye of Vincent Kompany, the 24-year-old scored 13 goals and assisted another 10 in 36 appearances, which appears to have been enough to attract the attention of a number of clubs, including the Hammers.

According to the newspaper, ‘the manoeuvres of Atalanta, West Ham and Bruges (we assume Club Brugge) continue’, while Bologna have ‘slipped away’. 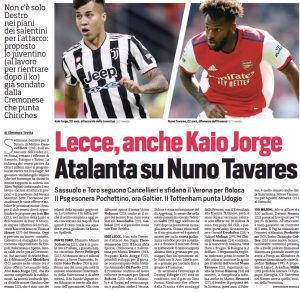 There’s no indication of how much Fiorentina would ask for their striker, who can also play off the wings, but what we do know is that David Moyes wants attacking reinforcements at London Stadium this season.

Whether West Ham finally give him what he wants, however, remains to be seen.