Home Europe Watford exit will have to ‘wait until next week’ – Confidence deal...
SHARE

After weeks and weeks of relative silence and mild anticipation, we should soon finally have some answers about Nicolas Pépé’s next destination.

Once that is done, Lille can start working on his replacement, who could very well be Watford’s Dodi Lukebakio.

There’s no point telling you all the things the young Belgian did last year for the 20th time, but if you’ve even vaguely followed his progression, whether it is through us or just football news in general, you know he did well on loan at Fortuna Dusseldorf.

That’s why Lille are looking at him to potentially help replace the Ivory Coast international, and L’Equipe reckon there’s a very good chance of that happening. 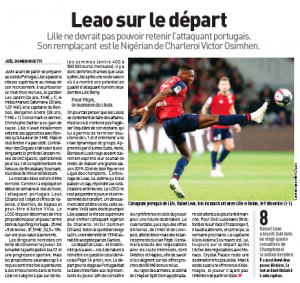 They don’t outright say that, but the fact they state ‘it will have to wait, in principle, until next week’ suggest there’s some confidence things can get done, especially as they lump him in with Yusuf Yazici, who is almost certain to join after RMC Sport claimed an agreement had been reached between clubs.

For Lukebakio, a move to the north of France would tick all his boxes, allowing him to play in an attacking team and featuring in a European competition, as Lille finished second in Ligue 1, qualifying for the Champions League group stages.

What will be interesting to see is how much Watford will ask from the French side, as we all know the Hornets will want to make as much as possible while the chance to do so is still there.