Juventus have a group of players they’d like to see the back of in the January window, and Mario Mandzukic is one of them.

Repeatedly linked with a move to Manchester United towards the end of the summer window, reports in Italy since then have stated he turned down the opportunity because he wasn’t given enough time to think about it.

After that, he also rejected a move to Qatar, with the Italian media then talking up a move to Old Trafford again.

This week, Tuttosport report the player’s entourage have already reached a ‘verbal agreement’ for the Croatian to join Manchester United in the winter market. 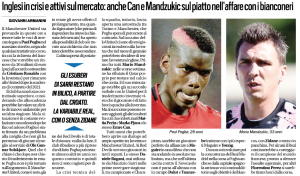 In a separate article they report it may not be so simple for the English club, because others are interested around Europe and the Red Devils are ‘not even in the Champions League’.

Should the verbal agreement exist as is reported it means little until it’s confirmed in writing. Reaching a fee agreement with Juventus shouldn’t be much trouble, but it shows have far Manchester United have stumbled that it’s suggested Mandzukic may look at other options. 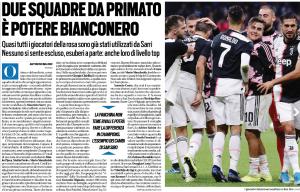 He’s very much not in the plans in Turin and a January exit is looking a near certainty unless there’s dramatic changes.

Other players Juventus could see the back of include Marko Pjaca, Mattia Perin and Emre Can.