Barcelona are on top of the league and is the same position in their Champions League group table, but there’s still concern about their performances this season.

Ernesto Valverde’s side have played seven away matches in the league and four of them have ended in defeat. In their last away tie, the Catalan club were forced to come from behind to beat Leganes 2-1.

‘Barca in trouble’ reads a headline from Sport, who say the gap between performances and results hasn’t been this wide for a long time.

Within the Camp Nou, club chiefs are aware ‘something is not working this season’ and there’s growing concern.

Sport adds there’s no ‘clear structure’ and this season has seen the ‘most interventionist version of Valverde’. He preferred a 4-4-2 formation in his first campaign (2017/18 season) and used a 4-3-3 formation last season.

In his first season, he had to overcome the departure of Neymar and then lost Andrés Iniesta the following season. Valverde struggled to fit in Philippe Coutinho, a similar experience he’s now facing with Antoine Griezmann. 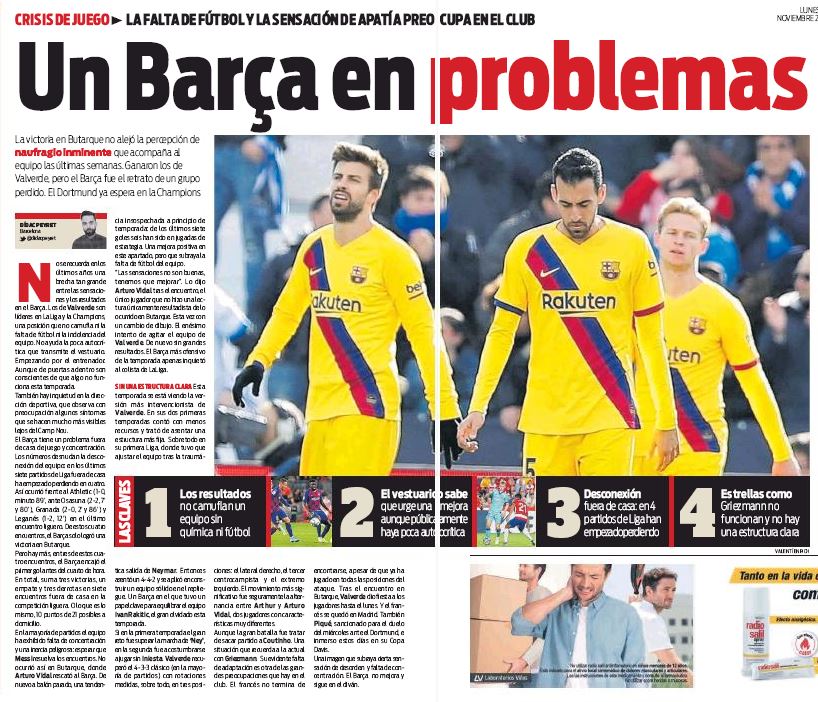 AS also talks about a ‘crisis’ at Barca and they are of the belief it’s down to the playing style.

Beyond injuries and suspensions, the newspaper adds ‘Barca has become a somewhat doughy team.’ That’s because they move the ball slowly and only Frenkie de Jong seems to have the energy to move the ball fast.

The pace of the game has been really slow and the manner in which they have bounced back after defeats hasn’t been convincing either. Their lack of movement from wide positions has also impacted performances. 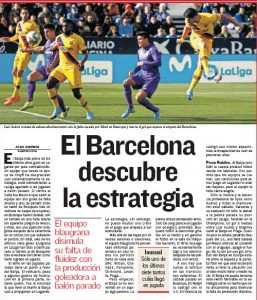 It remains to be seen if Barcelona will be able to get back to their best performances under Valverde this season, and questions around the manager are growing.