Jules Koundé’s impressive displays for Sevilla last season have drawn attention of clubs in England and across Europe.

Tottenham Hotspur have an interest in the defender as they look to bolster their defence this summer.

The France international has admitted he wants to take next step in his career and there’s a possibility he could leave Julen Lopetegui’s side in the ongoing window.

Thursday’s edition of ABC Sevilla states the north London club contacted the La Liga side to understand the fee required to sign the centre-back, who has a release clause of €80m.

Sevilla, however, told Nuno Espírito Santo’s side that ‘they were not going to respond to the price request’ because Koundé ‘was not going to agree to go to Spurs’. 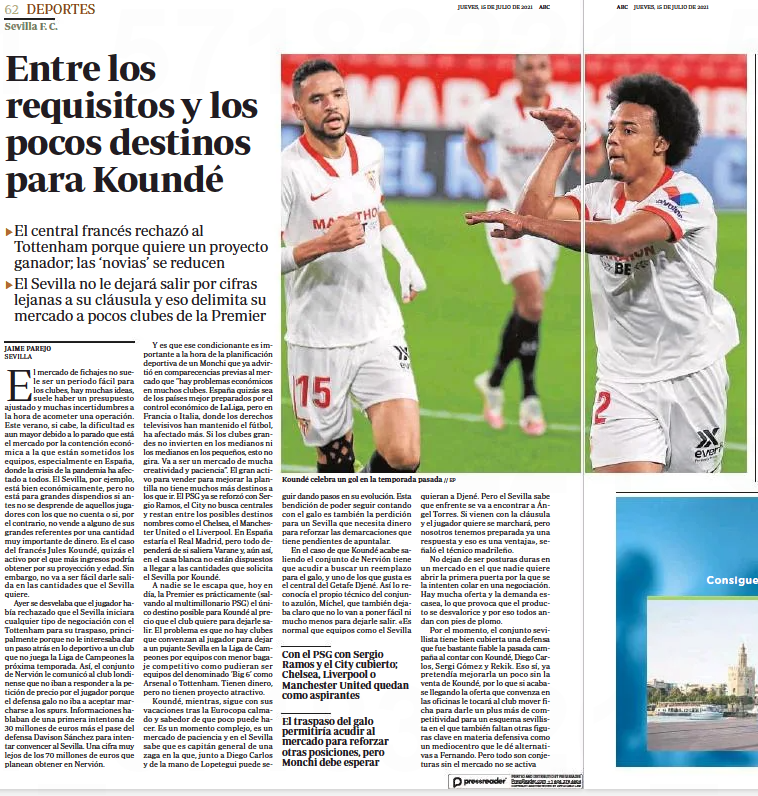 The player doesn’t want to ‘take a step back in his career’ by joining a club who cannot offer him Champions League football. 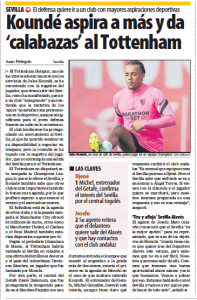 Mundo Deportivo have also made similar claims and they state Tottenham have ‘encountered the refusal’ of the former Bordeaux man.

Koundé wants to go to a ‘bigger club’ and although a move to Spurs would help him improve his salary, their attempt to sign him doesn’t satisfy his sporting needs.