Emerson Royal’s expected move to Barcelona has forced Real Betis to bring in a new right-back this summer.

Two days ago, Fichajes.net reported the La Liga side identified Arsenal’s Héctor Bellerín as a ‘dream’ signing during a meeting which took place on Monday, between the club’s leaders and Manuel Pellegrini.

ABC de Sevilla are now also reporting the Spanish club  identified the right-back signing as a priority during the same meeting, and they ‘want Bellerín’.

The 26-year-old is looking for a way out of the Emirates this summer since he’s not been relied upon by Mikel Arteta. His desire is to return to Spain he and sees the possibility of moving to Benito Villamarín with good eyes.

Los Verdiblancos have ‘already contacted’ both the defender’s agent and the Gunners, to find out conditions for a transfer. They’d prefer to take him on a loan deal. 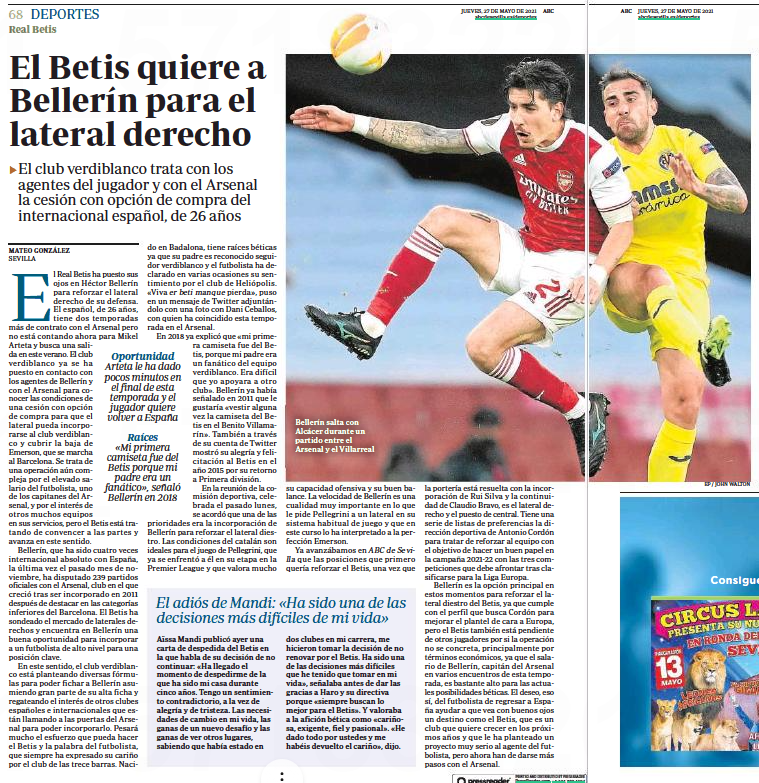 It’s claimed Pellegrini’s side, who have ambitions to grow in the coming years, have proposed a ‘very serious project’ to the fullback’s representative, and ‘more steps’ must be taken with the north London club.

The deal, for Real Betis, remains complicated because of the player’s high salary and interest from many other sides, who have already knocked on Arsenal’s door. 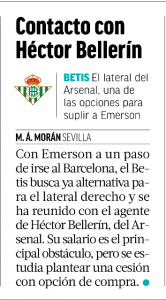 Bellerín’s father is a supporter of the Spanish club and it remains to be seen whether this factor would favour Real Betis in the transfer chase.

Claims made by ABC are also relayed by Marca. In a short report, they claim Real Betis have contacted both Arsenal and Bellerín’s agent.

The player’s salary remains the ‘main obstacle’ for the Seville club, who are looking at signing Arteta’s man on a loan deal with a purchase option.