Home Europe Two in, one out at Anfield? Claims three transfers could take place...
SHARE

Last week, we relayed the claims in the Italian press that Liverpool were in talks with Lazio about the possible signings of Keita Baldé and Stefan De Vrij, with both of them making a lot of sense considering their needs and targets this summer.

The inclusion of the centre-back would be in case they miss out on Virgil Van Dijk, while Keita Baldé is the ideal man to help alleviate Sadio Mané’s workload, and would provide an interesting alternative for Jürgen Klopp.

However, according to Il Messaggero over the weekend, if a deal is struck between the two sides, a Liverpool player could end up going the other way.

The Italian newspaper explain the Serie A club are looking for a rotation option for Ciro Immobile, something they’ve been doing without much luck for a while, and Liverpool’s Divock Origi could be that man. 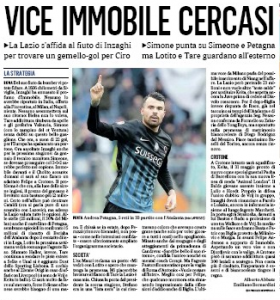 There are no details as to the nature of the deal, but with just two years left on the Belgian’s contract, and just 21 starts to his name last season at Anfield, a permanent deal could suit all parties.

It’s early days yet, and it seems it would only happen if Keita went the other way, which isn’t a certainty right now.

We’ll be keeping an eye on things.

Chelsea have now ‘asked’ for information on prolific star – Told...