Their story today is not so optimistic about the club’s chances to land the player, since Roma seem to be coming strong for his signing as well.

It’s said that Torino’s pursuit continues to be ‘hot’, but not ‘as safe’ as it was a few days ago.

The Turin side are trying to sign Torreira on loan with a buying clause which will only be triggered in case some goals are reached. And according to Tuttosport, Arsenal are not convinced by that formula. 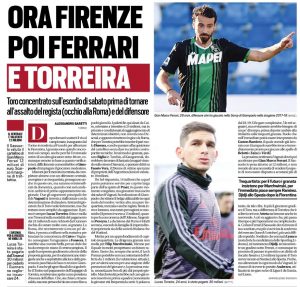 In Roma’s case, it’s said Torreira could arrive in a swap with Amadou Diawara, or even be signed for a fee with no players included.

Tuttosport say it’s be a mockery for Torino to lose Torreira like this, especially because the player has accepted their offer and would be happy to work with manager Marco Giampaolo once again. So they’ll keep working to win the competition against the Giallorossi.