Last week, multiple reports from the Spanish press explained that Atlético Madrid are keen on signing Arsenal’s Lucas Torreira on a loan deal with an option to buy.

The midfielder’s former manager Marco Giampaolo, who is currently at Torino, is keen on signing the Uruguay international for the Serie A side.

Corriere dello Sport reported on Sunday that it’s an ‘uphill task’ for the Italian club to sign the Gunners player. This was also publicly backed by their sporting director, Davide Vagnati.

“Lucas Torreira could shift the balance. He has high costs and under these conditions it is complicated,” said Vagnati.

Despite Vagnati’s comments, the 24-year-old remains a target for Torino. According to Tuttosport, the South American has been the priority midfielder target for Giampaolo since May. 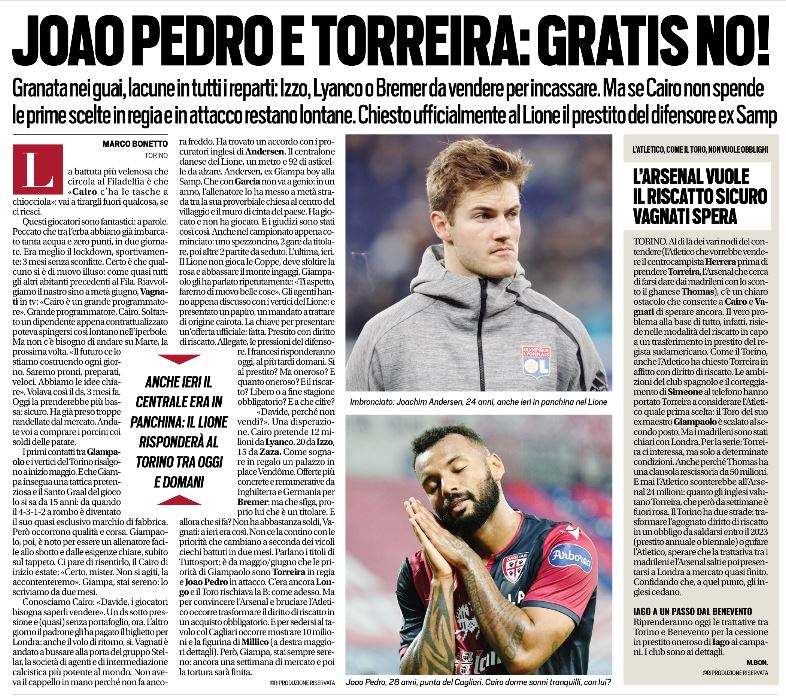 However, they not only have to convince Mikel Arteta’s side, but also beat the competition from Spain, to complete Torreira’s transfer.

As per the report, both Atlético and Torino prefer to take the midfielder on a loan deal with an option to buy. However, the FA Cup winners want to include a mandatory purchase option. This has been a ‘clear obstacle’ and a ‘real problem’ for the two clubs.

Tuttosport states Torreira has held talks with Diego Simeone and his first option is to join Atlético. Giampaolo’s side are now in second place.

It’s claimed that Torino have two ways to sign Torreira. The first one is to convince Arsenal by accepting the mandatory purchase option, which they would prefer to pay in 2023. If the two clubs agree for this, then it’s likely the Italians will take him on a two-year loan deal.

Otherwise, Torino will have to rely on the negotiations between Atlético and Arsenal breaking down, and also hope that Arteta’s side will finally soften on their demands.

It’s worth nothing a move to Atlético isn’t currently a big story in Spain.