Perhaps unsurprisingly, Arsenal were quite busy on transfer deadline day, with the arrival of Thomas Partey catching most of the football world by surprise.

In the exit department, there was also the case of William Saliba, who isn’t going to get lots of first-team football this season, and so a loan back to Saint-Etienne was looked at.

It all seemed to be going well until the move eventually collapsed, with the Ligue 1 side blaming Arsenal for that, while the Gunners pleaded not guilty.

Claude Puel, who wanted Saliba back to compensate for the sale of Wesley Fofana to Leicester City, was disappointed about this, and let it know in an interview with L’Equipe on Friday.

He said: “We tried. He had a great desire to return. The club is a bit like his family and friends. His adaptation would have been immediate. It would have been done if all the conditions had been met. 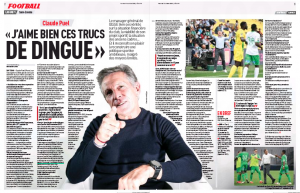 “It needed to remain coherent for our finances and his contract, in terms of gestation, mostly. Now, and for the future, we don’t allow any meddling”.

There has since been talk of Saliba potentially finding himself a loan move to the Championship, but with the deadline being Friday (today) and no move in sight, he might simply have to be patient, work hard and try and wriggle his way into Mikel Arteta’s first-team plans.