There’s still high confidence in the Spanish sport media that Real Madrid will be signing Kepa in the January transfer window.

More so than that, there’s a confidence it’s a deal for the beginning of the market rather than towards the end of January.

Marca state that Kepa should arrive at Real Madrid ‘in the first few days of January’ and start on a path which the club hope will see him become their long term first choice goalkeeper.

That would push Kaylor Navas to second choice and Kiko Casilla out of the club. Newcastle United have been repeatedly linked with Casilla, with those links rising in Spain again over the past month or so.

Newcastle have repeatedly been named as the only club in the chase for Casilla, with their interest dating back to the summer and very much pushed by manager Rafa Benitez. 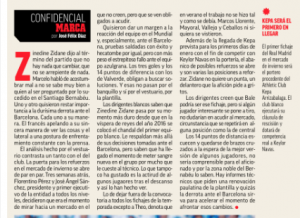 With a goalkeeping selection which doesn’t exactly scream Premier League, Madrid getting on and signing Kepa is a good sign for Benitez’s hopes of getting Casilla to Newcastle United.