It appears that while the Takehiro Tomiyasu to Tottenham deal looked set to be completed a week or so ago, that is no longer the case.

That’s according to Corriere dello Sport, who agree the Japan international is ‘close’ to Spurs, but for the moment, Fabio Paratici ‘is not willing to reach the €25m between fixed part and bonuses asked for’ by the Serie A side.

If other reports are to be believed, that’s because Nuno Espirito Santo has asked for Cristian Romero, making the Atalanta loanee the ‘first’ on his list of recruits.

Not only that, but Tottenham also appear close to sealing a deal with Sevilla for Bryan Gil, that would see them pay €30m bonuses included plus Erik Lamela for the youngster. 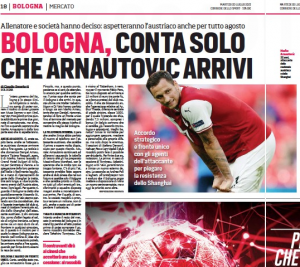 Perhaps all of this is what is standing in the way of the Tomiyasu deal, with money being prioritised elsewhere for the time being.

If it’s as close as reported, then it could just be a case that Paratici is doing the other deals before sinking the final blow for the Bologna star, knowing full well he can pull the trigger at any moment to get his man.