The deal hasn’t gone through due to the failure to match the commission asked by the defender’s agent, Fali Ramadani.

Tottenham Hotspur are looking at him and Alfredo Pedullà reported Spurs ‘can overtake’ David Moyes’ side in the race to sign the centre-back.

Firenze Viola again explain the failure to sign the Serbia international is down to them not willing to offer the commission requested by the agent.

Tottenham are mentioned and it’s said they ‘have regular contacts’ with the Serie A side for the 23-year-old.

However, the north London club will ‘first try to take’ Bologna defender Takehiro Tomiyasu and if Nuno Espírito Santo’s side fail to land the Japan international, they will ‘return strongly’ to sign Milenković.

Milenković’s contract expires in 2022 and he has refused to sign an extension. Faced with the possibility of him not moving away from the club this summer, Fiorentina ‘will return to the office in the next few hours’, to propose a new deal.

The Serbian, however, prefers to wait and leave the club as a free agent next summer, if he fails to get a move in this window. 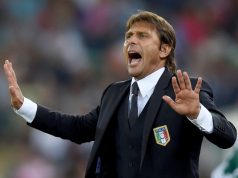