Since transferring from Sao Paulo to Atalanta back in 2015, Rafael Toloi’s stock has slowly but surely risen around Europe, to such an extent that Tottenham are allegedly interested in him.

This is what the Bergamo edition of Corriere della Sera report on Tuesday, explaining that Spurs and Marseille in Ligue 1 have both recently sent ‘requests’ to the Serie A side about their centre-back.

The 27-year-old was a key member of the Italian club last season, featuring 39 times in all competitions, during which he scored three goals and picked up four assists.

Our guess here would be that Tottenham are considering him as an option should they agree to sell Toby Alderweireld this summer to use him as a backup for both Davinson Sanchez and Jan Vertonghen. 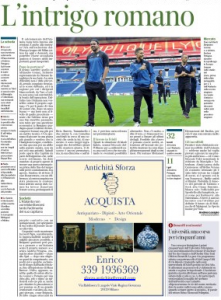 Furthermore, Mauricio Pochettino’s inclination to sometimes field three at the back would also provide the Brazilian defender with some starts across the many competitions Spurs will be taking part in.

However, Atalanta have, for the time being, blocked all access to their star defender, seemingly intent on keeping hold of him for another season at least.

With a contract running out in 2020, next summer could be the ideal time for Toloi, who will then be 28, to try something new, and for Atalanta to make a healthy profit on their initial £3.2m investment.