Earlier this week, reports from the British press stated that Tottenham Hotspur have been offered an opportunity to sign Philippe Coutinho in the winter market.

On Wednesday, Mundo Deportivo explained the Barcelona man’s camp have ‘no news’ on these claims, but did suggest the player is open to joining the north London club.

Mateu Alemany, the La Liga side’s director of football, admitted his side need to work on letting some players leave the Camp Nou in January to balance their books.

Mundo Deportivo on Thursday explain there are ‘five most obvious cases’ for exits and the 29-year-old is included in that list.

Xavi Hernández has been in charge of eight matches since he replaced Ronald Koeman as the Catalan club’s manager last month. Coutinho has made only one start under Xavi and has been on the pitch for just over 100 minutes. 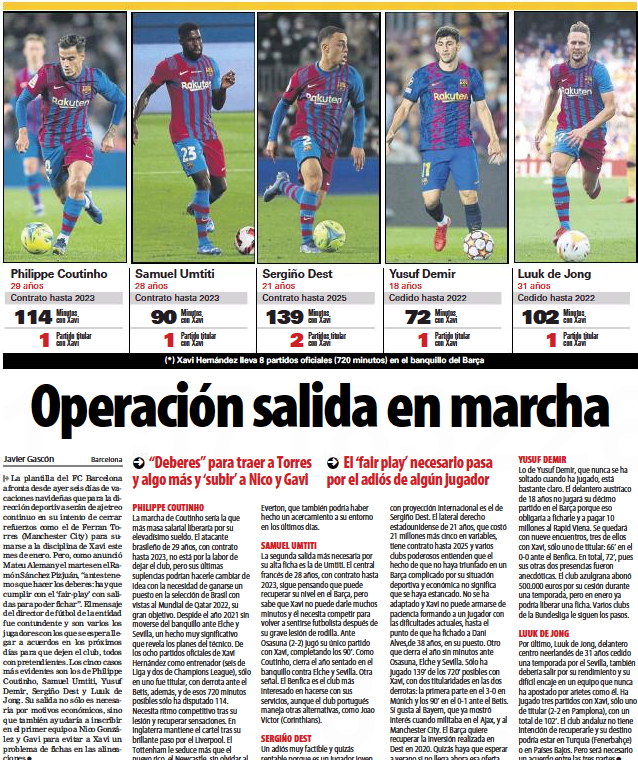 It’s clear the former Liverpool star is not included in the Spaniard’s plans. Mundo say ‘he needs a competitive rhythm after his injury, and to regain feelings’.

The Brazilian can do that by returning to England in January. The Catalan newspaper adds ‘Tottenham seduces him’ more than Newcastle United.

With a second report it two days pushing Coutinho towards Antonio Conte’s side, it remains to be seen whether Spurs are willing to make an attempt to sign him in the next window.