Real Madrid failed to complete the signing of Manchester United’s Paul Pogba in the summer, who was a priority target for Zinedine Zidane.

Though it’s still not clear as to who made that final call, Mundo Deportivo now claims the decision not to bring in a midfielder is creating damage at the club and injuries to the current crop of midfielders is only making the situation worse.

The information gathered from from those at Santiago Bernabéu suggests the La Liga side will look to strengthen the midfield in January and the one who ‘has all the tickets’ is Eriksen.

It’s claimed the Denmark international, who is in the final year of his contract at Spurs, has been in contact with Real Madrid for several years. He has already rejected an opportunity to sign an extension at north London club. 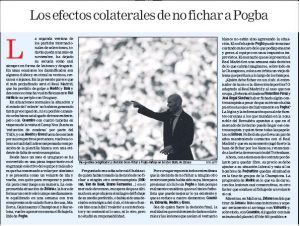 With six months left on his contract in January, Mundo states Eriksen’s price must be adjusted, especially if Mauricio Pochettino’s side are eliminated from the Champions League.

That’s Real Madrid telling Tottenham to get real with their valuation of the player.