Tottenham Hotspur have made an approach for Flamengo midfielder Gerson, according to reports from Brazil this weekend.

Newspaper O Globo says Spurs have made contact, wanting to know the player’s situation and for how much he could move.

The outlet says Flamengo wouldn’t let Gerson go for less than €30m. They paid €11.8m to sign him from AS Roma just six months ago.

It’s said that after publishing the news, O Globo got a message from Flamengo saying they don’t want to sell the player and he’s not moving if it’s not for the amount of his release clause, which stands at €70m.

Gerson had a pretty good start at Flamengo, being one of those responsible for the club having such an impressive second semester in 2019, when they won both the Brazilian League and the Copa Libertadores.

The midfielder has shown some great physique and technique, playing along with a defensive midfielder, allowing him to be a box-to-box and creating several attacking plays every game.

The only criticism towards him is for not doing so great at the end of the season, having been replaced in the Copa Libertadores final before his side made a fantastic comeback in the final minutes. 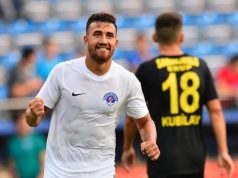 Club director ‘very happy’ with Liverpool player – New deal ‘quite realistic’, but only ‘under certain parameters’

Aston Villa player has ‘two options’ to leave in case of...