Tottenham Hotspur are in the picture to sign Juventus’ Weston McKennie, as per multiple reports coming out of Italy.

The Serie A side’s director, Federico Cherubini, has ‘landed in the English capital’ to discuss several transfers.

Gazzetta dello Sport explain Tottenham Hotspur chief Fabio Paratici has a good feeling with the 23-year-old. The Italian was in charge of the Turin club when they signed the player from Schalke.

The newspaper states: ‘The meetings scheduled between yesterday and today will allow Cherubini to have clearer ideas, in order to frame well the economic contours of the purchase-sale campaign, which has already started at great speed. The future of the American also plays an important role in this.’

That’s because Spurs ‘like’ the USMNT midfielder and the report states he could fit well in Antonio Conte’s system. However, they are not the only club to keep an eye on McKennie.

This ‘facilitates’ Juventus’ plan in the eventual sale of the ‘much appreciated midfielder’ and to do that, they are demanding €40m. 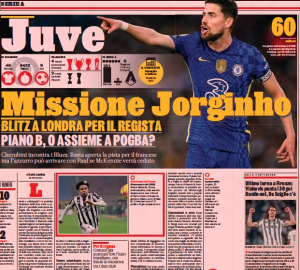 Over at Tutto Juve, they explain Tottenham Hotspur like the player. They further add the first substantial proposal for him could have come from England, where Spurs, Arsenal and Newcastle United are tagged.

These three sides ‘could offer up to €40m’ for McKennie and his salary is ‘considered sustainable’.