Tottenham Hostpur are one of the clubs linked to Paris Saint Germain star Julian Draxler this Monday.

In a transfer special from France Football, it’s claimed that the Spurs see the 25-year-old as a potential replacement for Christian Eriksen.

Draxler hasn’t found much playing time at PSG this season due to the big competition in the squad. Now France Football says the club ‘need to sell’ and he would be one of the first in line.

It’s said that the German international has a market value of between €30m and €40m, but that’s not the big issue for his sale. The problem is his wages of €8m per season. 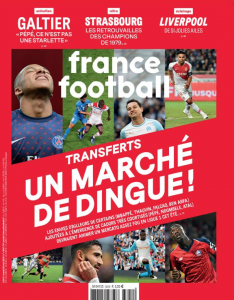 The clubs competing with Tottenham for the signing would be Inter Milan, who have now qualified for the Champions League, and Bayern Munich, who need replacements for Arjen Robben and Frank Ribery.

Draxler himself wouldn’t be very interested in leaving Paris, but France Football says his ‘tense relationship’ with Neymar could shake things up.