Home Europe Tottenham back in picture for summer target – Transfer in January ‘can...
SHARE

Chelsea came forward with a €50m proposal towards the end of the same window, but the La Liga side were not pleased with the Blues offer for the 23-year-old.

Indeed, the defender was disappointed not to get a move away from the Spanish club. He has put that behind him and has managed to impress with his performances this season, so much so that the centre-back’s market value has now come close to his €80m buyout clause.

That’s according to ABC Sevilla, who say it is a ‘normal thing’ to consider the ex-Bordeaux man’s exit from the club next summer.

Having said that, the report indicates ‘any scenario can never be ruled out’ for a transfer in the winter market, if a suitor pays Koundé’s release clause. It’s said the ‘eyes are still on the Premier League and their powerful funds’. 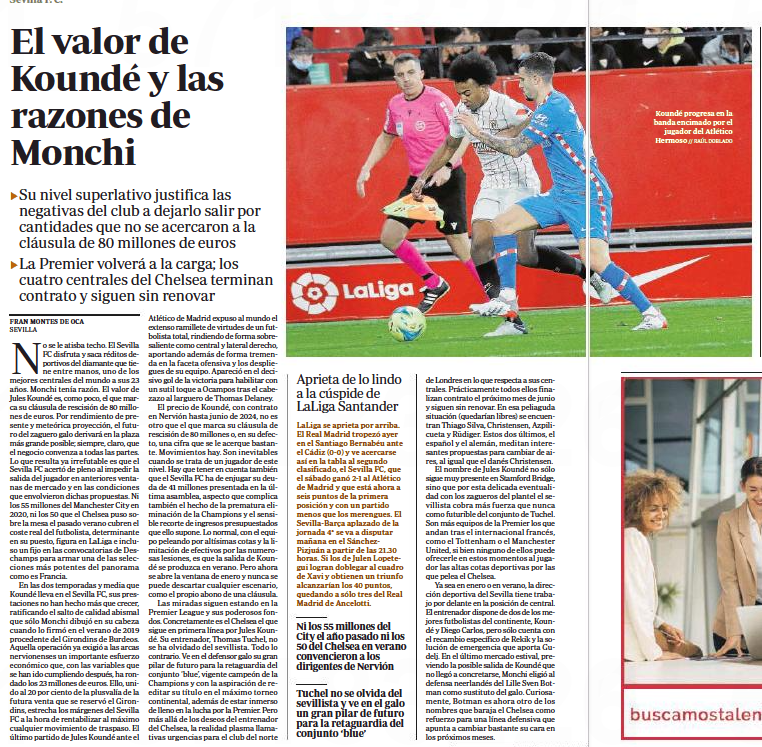 Thomas Tuchel is an admirer of the France international, but the Champions League winners are not the only club after the player. Apart from them, Spurs are back in the picture for the player.

However, a move to Tottenham isn’t a first option for Koundé because Antonio Conte’s side, at the moment, cannot offer the ‘high sporting heights for which Chelsea fights’ for.