Manchester United settled for a 1-1 draw against Chelsea in the league tie at Old Trafford on Thursday.

Just hours before kick-off, reports started to surface that Ralf Rangnick is set to be appointed Austria’s new manager.

Franco Foda stepped down after failing to get Austria to the Qatar World Cup, and the Manchester United interim manager was identified as one of the candidates at the start of this month.

On April 6th, Kurier reported that ÖFB [Austrian FA] sporting director Peter Schöttel made a trip to England to ‘negotiate’ with the former RB Leipzig boss.

Manchester United appointed Rangnick as interim manager until the end of this term. As a part of the agreement between the two parties, the German will start his new role as a consultant from the summer.

🚨 News #Rangnick: Total agreement with 🇦🇹! Everything is done. Rangnick will sign a contract until 2024 in the next days. Announcement of the deal probably today. Dual function for him: Head Coach of Austria & consultant of #MUFC until 2024! What a deal. @SkySports

After the latest tie against the Blues, the 63-year-old confirmed he will continue with the Premier League as a consultant next season.

Sky Deutschland journalist Florian Plettenberg now claims there is a ‘total agreement’ between ÖFB and Rangnick for the latter to become the new Austria manager.

According to Plettenberg, the German is set to have a ‘dual function’, as the head coach of Austria and a consultant for Manchester United, for the next two years. 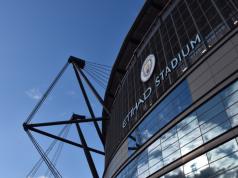